In Old Town La Verne, CA  at Cafe Wang, owner Fang Wang and her son manager Chris Li promote what they call “a unique taste of China into the US.” The cafe offers a variety of traditional and fusion Chinese cuisine including orange chicken, pot stickers and broccoli beef.
Last summer Chris revamped the restaurant’s menu and oversaw renovations. As part of the update, Chris redesigned the café’s logo. Both mother and son wanted the logo to be representative of the connection between their Chinese family heritage and the US. This was achieved by integrating Chinese calligraphy and English writing.
Also Chris partnered with Sintel Systems for a new Point of Sales (POS) system that would streamline how Café Wang ran on a day to day basis. Café Wang was quickly outfitted with a Chinese Restaurant POS and Kitchen Display System (KDS).
Previously when they used a printer system, “sometimes a lot of the paperwork would get shuffled and would be hard to kinda make sure everything was in order,” says Ken who works at Café Wang.
Ken states that, “Sintel’s one stop system has definitely simplified what we need to do.”
Also according to Ken, “With this system we’re able to have something… in real time, we can see what has to get done and we can quickly identify, make changes, and overall just the efficiency….Just to get food out in the most efficient way possible, I think that’s the greatest thing about this system.”

“This is the best system among all others that I’ve tried before…. This system is fast,” says Chris.
Chris also appreciates Sintel System’s technical support service. He spoke saying, “This company provides excellent support service. Whenever I want to make some amendment, I’ll just call them up and the amendment can be done within 5 minutes. All amendment or deletion can be done promptly, regardless of price or menu.”
Ken agrees and states that the “Sintel support system has been top-notch. Whenever we’ve had to make many changes….we can either call them, basically 24 hours a day, if need be.”
If you’re anywhere near La Verne. Drop by the delightful Cafe Wage and treat yourself to a milk tea. 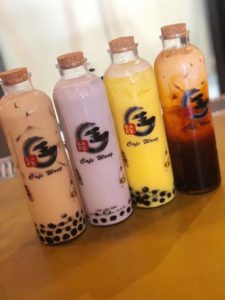 The best way to order Cafe Wang online is through their website: http://cafe-wang.com 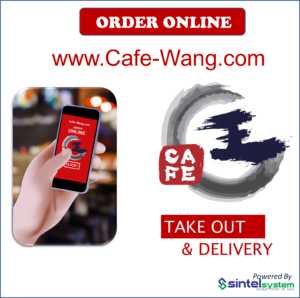