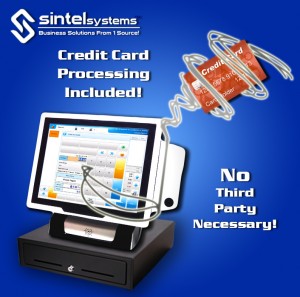 The nation’s pivot toward better-burger restaurants continues to gain momentum as rumors surface that Danny Meyer’s Shake Shack is considering an IPO this year.

In her online post, “Shake Shack Considering An IPO,” Nation’s Restaurant News editor and restaurant finance expert Lisa Jennings says, “The news follows an earlier rumor that the parent to the West Coast’s Habit Burger Grill chain is also preparing an IPO, according to a Reuters report Friday citing unnamed sources … And don’t forget Denver-based Smashburger, which has also long hinted that an IPO may be in its future.”

Just as we share our vast point of sale experience and expertise with startup owners in order to help them make the best decisions from the very beginning, we at Sintel Systems are happy to share articles, advice and commentary about how consumer tastes are changing the restaurant landscape.

Shake Shack generated a cult following among New Yorkers with the first Shake Shack outpost, actually a walk-up kiosk in Manhattan’s Madison Square Park. Lines continue to form regularly and wrap around the block at the original location, so the company hosts a live webcam so that guests may see how long the line is before they arrive.

Currently, the chain has 53 restaurants worldwide. Shake Shack already has 15 units in the Middle East, four units in Turkey, and one each in Moscow and London.

Stateside, all Shake Shack locations are east of the Mississippi River, however units in Austin, Texas and Las Vegas, Nevada will open along with outposts in Chicago and Atlanta before the end of 2014.

Union Square Hospitality, the parent company founded by Danny Meyer, is expected to report earnings of about $20 million next year, according to Reuters. NRN notes that the company is best known for its higher-end concepts, including the New York restaurants Blue Smoke, Gramercy Tavern and Union Square Café.
NRN references a New York Times comment crediting Meyer with helping to stoke the now-huge hunger for gourmet burgers. “Not surprisingly, given Meyer’s history, Shake Shack emphasizes quality ingredients. The burgers are made from Angus beef that has been raised without hormones or antibiotics, and is freshly ground.”
The Shake Shack menu also includes all-natural, flat-top hot dogs. “The chain recently brought back its original crinkle-cut fries, a frozen, pre-cut product,” Jennings writes. “A fresh, hand-cut alternative was attempted, but guests didn’t like them as much.”

Dessert offerings at the Shake Shack include frozen custard and concretes;  beverages available include housemade lemonade, beer and wine. Some locations offer Pooch-ini, a dog biscuit with peanut butter sauce and vanilla custard.

Randy Garutti, Shake Shack chief executive, tells NRN that the concept is designed for people who don’t eat at fast-food restaurants, but when they do eat a burger and fries, they want it to be good.

“What investors look for is growth and Shake Shack has that going for it — without franchising,” Jennings writes. Her post notes that a minority investment in 2012 by private-equity firm Leonard Green & Partners L.P. has helped support Shake Shack’s expansion.

On the West Coast, Jennings says Shake Shack will face stiff competition from the long-beloved In-N-Out Burger (295 units), as well as better-burger players like the nearly 100-unit Habit Burger Grill, the 270-unit Smashburger and even the much-smaller Umami Burger, which is scheduled to open its 23rd location next week in Las Vegas.

At this moment Shake Shack is awfully small to be considering an IPO, in Jennings’ opinion.

NRN notes that other quick dining concepts that have gone public recently, including Noodles & Company, Potbelly and Papa Murphy’s Take ‘N’ Bake Pizza, are reportedly causing investors to “grab the Tums,” according to a report in The Street.

Still Jennings says that El Pollo Loco’s recent IPO, which had a first-day pop of 60 percent in the grilled-chicken chain’s stock price, has added fuel to the IPO fire.
“Some are wondering if investors are buying into companies that won’t be able to keep up with expectations,” writes Jennings. “When all is said and done, in a still-challenged economy, it may be the concepts that offer the best value for the price that show staying power as public companies.”
Read the full NRN.com post here.
For more insights into consumer tastes and restaurant trends, check out our related posts, Restaurant TrendMapper Has Trend Spotting Trending Higher, and Follow Food Trends For Your Franchising Future.

Sintel is the only full-service, direct-to-user point of sale provider — no resellers, no middleman. From software development to franchise incubator to ongoing support, part of Sintel’s commitment to our customers and industry is to share information on how to achieve success. Whether you’re a first-time franchise hopeful, a small business owner or an established chain, it’s always smart to stay on top of consumer tastes and restaurant trends.

If you are interested in learning more about Sintel’s point of sale (POS) systems and how our knowledge and support can impact your future success, call us for a complimentary phone consultation.