Recently it was announced that DoorDash has surpassed GrubHub to become the biggest food delivery service in the US. While digital delivery service has been growing leaps and bounds in the last few years, DoorDash has especially taken off. This spring, the company saw a staggering 189-percent year-over-year increase, compared to 32 percent at Uber Eats and 6 percent at Grubhub. Besides diners, the company is also well received with investors. Last month, DoorDash announced that it had raised $600 million in its fourth funding round .
Recent reports state that DoorDash earned 32 percent of U.S. consumers’ meal delivery sales in May 2019, while Grubhub and its subsidiaries, took in 31.7 percent. Uber Eats is a distant third at 19.7%–DoorDash’s sales overtook Uber Eats’ in October 2018.
However, the struggle for digital delivery dominance continues. Postmates which currently commands 10.2% of the market, recently announced expansion plans and confidentially filed for an IPO in February. Postmates might actually have a slightly higher than known percentages of the market– purchases billed through its subscription program, Postmates Unlimited, were not able to be tracked for the report.
Reports also showed that in different parts of the country, different companies dominate. New York is the best-selling metro for Grubhub, earning 69% of meal delivery sales in May. Surprisingly, NYC also generated the top sales for Uber Eats, even though the company has  just 14 % of the market. That actually shows how common food delivery is in NYC. Grubhub is also the most popular service in Boston and Philadelphia.
DoorDash earns in more than of its sales in two Texas metro–Dallas-Fort Worth and Houston. But neither is DoorDash’s biggest region in terms of dollars. That distinction goes to the San Francisco Bay area, where DoorDash is headquartered.
The report also discovered that most patrons have accounts with multiple delivery platforms and are rarely loyal to a single service. This might be because each food delivery service has signed exclusivity deals with a variety of partners. In 2017, DoorDash struck a deal with Wendy’s, and has since added  Chick-fil-A, Chipotle, and Chili’s.  Uber Eats has the biggest fast food chain in the country: McDonald’s and also Starbucks. Postmates has Asian eatery Pei Wei and Popeyes. Grubhub has partnered with Yum Brands which owns Taco Bell and KFC. Also GrubHub is integrated with Yelp’s website/app, allowing users to order from Grubhub’s network of restaurants directly on Yelp. As the delivery market continues the grow, it ‘will be interesting to see how the companies continue to differentiate themselves from the pack.
Sintel Systems is focused on the current and future needs of the quick serve industry to ensure that the industry is equipped with the most effective POS solutions, no matter how the market evolves. Using our omni channel approach customers can order with an employee using a hand held device at busy drive thrus, order from a kiosk, order from their phone or order from a computer. If they prefer, they can even order inside the restaurant from staff at the counter. All transactions from devices are seamlessly sent to the kitchen display system (KDS). Kitchen staff stays completely in the know of customer orders and what order to cook them in. That’s the goal of omni channel POS, service is provided to the customer where they want it, how they want it. 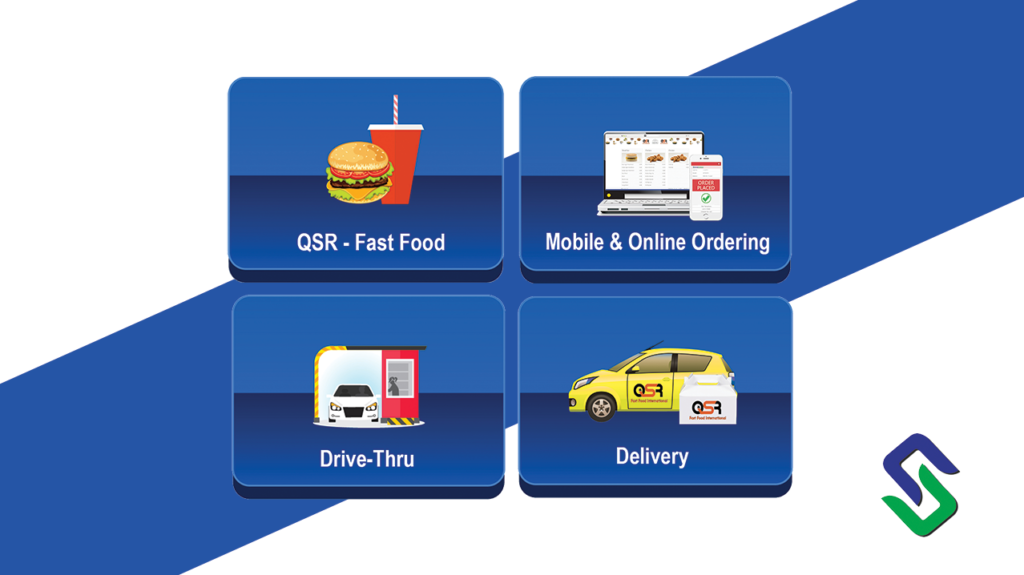