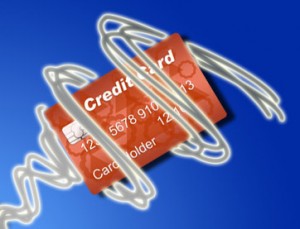 In recent years we have seen a substantial increase in fraudulent charges on consumer’s credit cards. With hacks on large companies like Target and Home Depot, it was critical for the United States to make a change but was it the secure choice?
As recorded by CNN Money, this past week at the Electronic Transaction Association’s Transact conference in San Francisco, Wal-mart exec called the new upgrade a ‘joke’. The “chip and signature” update doesn’t look to be like a huge improvement from past requirements. Mike Cook, the processing exec at Wal-mart says he would have preferred a “chip and Pin” program. Many people believe a signature to be worthless in verifying the card holder; therefore, it is no improvement from past forms of processing.
Wal-mart is one of the leading corporations insistent on making a change towards safer technology. EMV capable terminals are operating in many stores in the United States, which began to be implemented nearly eight years ago.
Many other countries like the UK and Africa use the “chip and pin” method and have seen a large decrease in credit card fraud.
American banks are resistant in aggregating pins because of the burden it will place on the credit card processing network and consumers tend to use a card with a pin less, which can hurt end up hurting the bank.
All we can hope for is better technology like Apple pay and Samsung pay that will help keep hackers from sensitive information.
Sintel Systems is the only direct to end user full-service provider of tailored Point of Sale systems across retail, restaurant and service industries, including frozen yogurt shops, pizzerias, sushi restaurants, cafés and retail stores.
As a single source for business solutions, our experienced, knowledgeable team negotiates the complex POS landscape for you to enable you to find the right POS system for your business and budget. Hardware – Software – Support
Questions or Comments: Contact us 855-POS-SALES www.SintelSystems.com