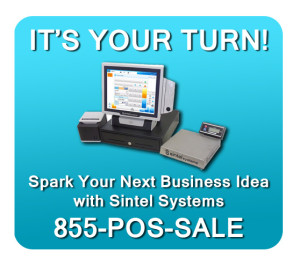 What lessons may be learned from the problems plaguing Sbarro, RadioShack and Quiznos?

In their recent post, ” Why These Once Thriving Franchises Have Fallen on Hard Times,” Entrepreneur.com looks at how the once-thriving franchises are facing bankruptcies, store closures, disgruntled franchisees and nightmarish marketing scenarios. “There are many aspects of franchising that have nothing to do with chance, such as the basics of site selection, brand differentiation and franchisee relations,” they write. “Gum up any of those, and you can kiss your system goodbye.”

Just as we happily share our vast point of sale experience and expertise with startup owners in order to help them make the best decisions from the very beginning, we at Sintel Systems are happy to share articles and commentary about the perceptions and reality of the risks involved in making the franchise career change.

Entrepreneur.com states the decline of Sbarro, RadioShack and Quiznos can be linked back to violations of basic franchising wisdom. Here are the highlights of their post, which looks at what the companies must to do in order to turn things around:

• Sbarro, based in Melville, N.Y. began serving pizza by the slice in 1956. In March of 2014 the company filed for Chapter 11 bankruptcy protection. Entrepreneur.com notes that it was the second bankruptcy filing in less than three years for the franchise, which has announced plans to shutter 192 of its nearly 800 units.

– Pizza watchers weren’t surprised by the news. Yes, a strategy of targeting indoor food courts made it a standout during the ’80s and ’90s, but its fortunes declined with the unprecedented decline in mall traffic.

– With some experts predicting that half of U.S. malls could be gone in 10 to 15 years, Entrepreneur.com thinks Sbarro needs a huge pivot to stay afloat. “Because they’re so heavily concentrated in shopping centers, Sbarro is just an extension of the story of malls in America, they need to pull back and reassess their strategy,” says Mike Sheehan, a franchise consultant at Focus Ventures, quoted in the piece. “For them to find success is going to require major surgery.”

– Also adding to Sbarro’s woes is a long history without innovation. While the rest of the pizza sector was rapidly evolving, Sbarro’s New York-style slices, baking under heat lamps, became an anachronism.

– “Sbarro’s is a pizza that time left behind,” says John Gordon, a restaurant analyst with the Pacific Management Consulting Group in San Diego. “Its present ‘cafeteria mode’ is very ’80s or [’90s]. When sales fall off as much as they have, rents for some Sbarro units can be as high as 25 percent of sales. It should be at 6, 7 or 8 percent.”

– The company emerged from Chapter 11 in early June with plans to relocate its headquarters to Columbus, Ohio, where it has made a small beachhead with its fast-casual concept Pizza Cucinova. Entrepreneur.com writes that it will be a long fight if they’re going to survive, adding, “With many of its locations still in dying shopping centers, and with a small pool of cash on hand to invest in Pizza Cucinova, Sbarro will need significant financing to move forward.”

– Darren Tristano, executive vice president of Chicago-based restaurant research and consulting firm Technomic, thinks Sbarro may be too late in making its pivot to fast-casual dining. “They’re operating in a mature marketplace with over 63,000 pizza operators,” he tells Entrepreneur.com. “There are already over 20 other fast-casual pizza franchises in the marketplace. I don’t think focusing on a new concept is the solution for Sbarro. If they are starved for capital they won’t be able to invest in the new prototype.”

– Sbarro has presented itself as the same over the last ten years. Again, Tristano: “If you don’t change while the world changes, you lose relevance. Look at successful places like McDonald’s. They’re always continuing to improve their service, interior and menu.”

• RadioShack, the Fort Worth, Texas-based electronics store with more than 4,000 company-owned and franchise units in the U.S., made a splash in February with a Super Bowl commercial starring a platoon of retro celebrities, including Mary Lou Retton and ALF. The tagline: “The ’80s called. They want their store back.”

– “The spot was no doubt entertaining,” writes Entrepreneur.com. “The problem was that it reinforced Radio-Shack’s image as a company that, in an era of near-constant technological innovation, is 30 years passé. In fact, the store reported a $400 million loss in 2013, on top of a $139 million downturn in 2012.”

– “RadioShack’s main issue is irrelevance,” says Sheehan at Focus Ventures. “I’m actually amazed they’ve gotten as far as they have.”

– From March through April the company had said that it would close 1,100 underperforming stores in an attempt to streamline and reformat the brand. However, in May that plan was dropped and instead the failing stores remained open. Sheehan explains, “Ultimately, their lenders are more interested in not losing their entire investment vs. seeing the franchise succeed.”

– “Many years ago, they didn’t have the competition they do today. They just kept building and building, and they were just able to hang out, especially because they were convenient,” says Robin Lewis, CEO of retail strategy newsletter The Robin Report and co-author of The New Rules of Retail. “But since the turn of the century it’s been like a retail tsunami, especially with online stores like Amazon taking so much share. RadioShack was never able to differentiate itself. The retailers that are surviving and doing well have carved out a niche. RadioShack never did that, and now they are in a position of no return.”

– RadioShack had tried to compete on price and selection as a mobile phones and devices hub, but AT&T, Verizon and Apple opened their own stores. The brand as a whole has failed to find its niche identity among consumers.

– Lewis tells Entrepreneur.com that he’s pessimistic about Radio-Shack’s chances of survival. “I question how long they can hold on before they slip into the abyss,” he says. “God knows what they could do to recover. It would take such a huge capital investment, and they don’t have enough time or money. The consumers have already left the station. They’re not coming back now.”

– “It’s always difficult not chasing the bright, shiny object,” says Russ Reynolds, CEO of Wisconsin-based franchise Batteries+Bulbs whose streamlined focus on hard-to-find batteries and light bulbs keeps his stores busy. “When we started, franchisees asked all the time, ‘Why aren’t we selling cell phones?’ I like to say, a lot of the game is played in the middle of the field. We like to focus on the edges. Everyone wants to jump into the sexy stuff, but it comes and goes. It attracts the most well-heeled competitors. It’s hard to succeed there.”

• As a result of years of relationship struggles with franchisees, and issues with leadership, ownership and capital, Quiznos has gone from 5,000 U.S. stores down to about 2,100. The Denver-based sandwich-maker filed for Chapter 11, hoping to reduce its debt load by $400 million.

– According to critics, Quiznos’ original sin was its supply-chain markup structure.
By purchasing commodities from vendors and then selling it to franchisees at a markup, Quiznos’ franchisee food costs were 38-39 percent, far above the rate of 30 percent typical of other restaurant franchisees.

– In response to the higher markups, owner-operators were forced to spend more time working in their businesses, and resisted adding revenue streams such as early breakfast or late-night hours, as well as loss leaders and other special pricing.

– Because owners typically have struggled to keep their single units profitable, Quiznos has few multi-unit owners, a force that is driving growth within other mainstream franchises.

– Entrepreneur.com writes, “Another mistake Quiznos made was in attempting to challenge Subway head-on, rather than establishing itself as an alternative or premium brand.” When Subway neutralized Quiznos’ greatest differentiator, toasted sandwiches, Quiznos found itself unable to compete with the Subway’s healthful image and game-changing $5 footlongs.

– “If you look at the broader picture to see who’s been successful, it’s companies that have a strong differentiator. Subway has always been fresh and healthy. Jimmy John’s came out of nowhere with ‘Freaky Fast,'” Sheehan says. “Quiznos just got massacred by Subway. Marketing is incredibly important. Subway has had Jared and lots of sports stars. Quiznos has had failure after failure.”

– Quiznos says that it will likely emerge from Chapter 11 by the end of summer. In a statement, the company said that the business plan will include “several key elements aimed at supporting our franchisees, including reducing food costs, implementing a franchise owner rebate program, in certain circumstances making loans available to franchisees for restaurant improvements, investing in advertising to improve location awareness and providing new incentives for prospective franchisees.”

– “Consumers are naturally repelled by ailing establishments. Lack of success is a self-fulfilling trend,” says Sheehan, noting that closing half its stores in the past decade has only made things harder for Quiznos. “Once you start closing shops, it’s difficult to recover. Just think: Over the last five years, more people have walked up to a Quiznos [that has] an ‘out of business’ sign than an ‘open’ sign. That’s not good for business.”

For more insights into the franchise-seeking mindset, check out our related posts, Franchise Expansion In A Diverse World and Franchise Red Flags.

Before you make your franchise move, consider calling Sintel Systems for a free phone consultation to help weigh and understand your point of sale (POS) options.

Sintel is the only full-service, direct-to-user point of sale provider — no resellers, no middleman. From software development to franchise incubator to ongoing support, part of Sintel’s commitment to our customers and industry is to share information on how to achieve success.