Shake Shack recently announced strong first quarter earnings. Same-store sales grew 3.6% during the quarter, exceeding Wall Street’s expectations for 0.8% growth. As a result, the company revised its revenue guidance for the year by $6 million, from a range of $576 million to $582 million, and boosted its expected same-store sales growth expectations to 1% to 2% from zero to 1%.
The company attributed the strong earning to new stores openings, favorable weather conditions across a number of key markets early in the quarter, and continued growth of digital channels. Strong sales also came from new menu item Chick’n Bites, a crispy chicken nugget which Shake Shack is currently selling nationwide for a limited time.
Shake Shack is currently committed to rapid expansion. The company has 220 locations across 28 U.S. states. In February, the company said that around 60% of its store openings were set for the latter half of 2019. Shake Shack recently opened a store in Shanghai, adding to the more than 70 international locations it has outside the U.S. Shake Shack is also focused on employee development. The company recently launched “All-In,” a company-wide diversity and inclusion initiative. Also, the company is testing flex working and a 4 day work week.
In December 2018, Shake Shack launched a re-designed version of the Shack App, its mobile ordering platform and and expanded its web-based ordering options. While Shake Shack’s delivery program is in pilot mode, it’s available in some form at nearly all of the chain’s US eateries. Shake Shack is also testing which third-party delivery service works best for the for them. The company is even experimenting with delivery-centric menu items to develop the most successful delivery program. Shake Shake realizes the key to further growth is online ordering and delivery channels.
Sintel Systems is a global leader in omni channel solutions for the food industry. Our Direct-to-POS online ordering platform was specifically designed for restaurants. This system allows restaurants of all sorts to have a custom, secure website and mobile app to support customer ability for placing orders on the go. Through our omni channel approach, customers can order with an employee using a hand held device at busy drive thrus, order from a kiosk, order from their phone or order from a computer. If they prefer, they can even order inside the restaurant from staff at the counter. All transactions from devices are seamlessly sent to the kitchen display system (KDS) so that kitchen staff is always in the loop.
Sintel Systems has a deep commitment to providing the restaurant industry with user friendly, effective POS solutions that promote order accuracy and customer engagement. Learn more about True Omni Channel POS here. 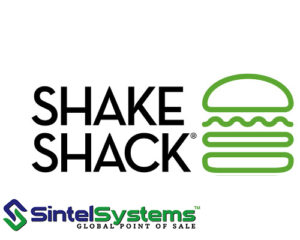