Suspects were caught on security cameras in Santa Ana stealing nearly a dozen prized Ornate Wood turtles which are also known as Painted Wood turtles. They were caught in the act as they were walking out with the turtles which are found to be indigenous to Mexico, Costa Rica and Central America.
The turtles are considered to be rare due to the fact that they can live for many decades and have a variety of colors on their dark brown and black shells, including orange, green and yellow. 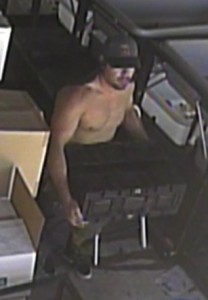 With the footage obtained by the CCTV security camera system the thieves are described as being heavily tattooed and fleeing away in their black pick up truck. If you have any information regarding this robbery, please contact the Santa Ana Police Department.
Santa Ana Police Department
60 Civic Center Plaza
Santa Ana, CA 92702
(714) 647-5400
Santa Ana is the largest city in Orange County and experiences a higher than average rate of burglaries and robberies. Law enforcement always encourages business owners and residents to mitigate their risks by employing protection measures like security cameras. Police commonly cite a low quality and cheap CCTV systems in their ability to prosecute and apprehend criminals.
Sintel Systems is a provider of high quality security camera systems and point of sale POS systems. Watch our TV Ad.