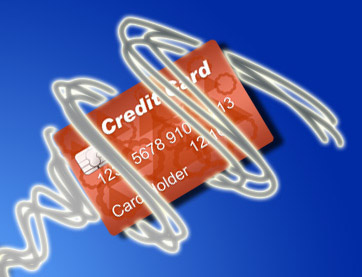 Sintel Systems is listening in on the controversy about the current high credit/debit card fees. In recent reporting by Yahoo Finance, the National Retail Federation is taking measures to fight back against those stifling swipe fees:
January 17, 2014 – 10:15 am NRF asks Appeals Court to uphold order for lower swipe fee cap (V) : The National Retail Federation today asked an appeals court to uphold a judge’s ruling that the Federal Reserve set its cap on debit card swipe fees far higher than intended by Congress and that the cap needs to be recalculated at a lower level.

A three-judge panel of the U.S. Circuit Court of Appeals is scheduled to hold a hearing in Washington this morning on the Fed’s challenge of U.S. District Court Judge Richard Leon’s July ruling that the 21-cent cap that took effect in 2011 was too high. The ruling came in a lawsuit brought by NRF and other groups.
Under the Durbin Amendment section of the Dodd-Frank Wall Street Reform and Consumer Protection Act of 2010, the Fed was required to adopt regulations that would reduce debit card swipe fees from an average 45 cents per transaction to a “reasonable” level “proportional” to banks’ cost for processing the transactions. The law allowed the Fed to consider the incremental costs of acquiring, clearing and settling each transaction but prohibited any other expenses from being included. The Fed estimated those costs at an average 4 cents and initially proposed a cap no higher than 12 cents, but eventually set the figure at 21 cents after heavy lobbying by banks. The NRF lawsuit claims the higher level includes costs that were barred by Congress.
Leon’s July ruling also agreed with NRF that the Fed’s regulations failed to comply with a congressional requirement that at least two competing processing networks be available for each transaction regardless of whether consumers choose “credit” or “debit” when using a debit card. The requirement was intended to lower costs by increasing competition.
To read more on the article go here.
Other Related Articles by Sintel Systems:
US Judge Rejects Debit Card Fees
The Truth about Merchant Account Fees! There is no such thing as a free lunch.
Frozen Yogurt Operations hit hard by Debit Card Fees!!
Can I charge credit card customers fees or more?