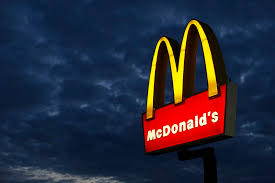 Various new quick service chains have descended onto the market providing tastier fast food. Consumers are seeking healthier alternatives and new fast casual restaurants are targeting unmet markets. Various long standing corporations are feeling the effects of consumer trends.
Earlier this week McDonald’s CEO announced a turnaround plan that will aim at reorganization and enhancing food quality.
The burger empire has been facing a downturn. CEO, Steve Easterbrook, confronted the problem head on when announcing their plan earlier this week. McDonald’s is indeed being inhibited by poor profits.
Not long ago McDonald’s had removed seven items, due to bloated menus. Plans to reconstruct now aim at more than just the menu.
Approximately 81% of its international operation is currently being franchised.  By reorganizing their whole operation, they hope to franchise 90% of their locations by 2018.
Reconstruction plans include sanctions on spending, which will than be aimed at saving.
Eastbrook knows organization isn’t the true problem. Social stigma towards the brand has heavily affected sales. Quality of food, as the new CEO has discussed, will be the key to the turnaround.
On trial at McDonald’s test kitchens are various artisan style sandwiches and sirloin burgers.
Younger demographics are attracted to chains like Shake Shack, Five Guys, and Smashburger. Although more expensive, they provide better quality and taste.
Bringing excitement back into the brand name will help McDonald’s reach out to the younger market sections who are straying away from the company.
Fast casual chains are meeting demands for healthier option. Most notably Chipotle (formerly owned by mcdonalds), who recently announced it was going GMO free.
Encroachment on McDonald’s breakfast consumers is also taking place. Taco Bell has declared a full blown war to obtain the McMuffin crowd.
Investors don’t seem impressed by the turnaround plan.
It is common knowledge that companies need to remain innovative to succeed. Eastbrook highly stressed this concept. Reinventing the company to fulfill modern demands is imperative.
Although, restructuring will only get the company so far. Providing good burgers and fries will be the deciding factor in maintaining dominant control over the fast food industry.
Other than  menu and organization changes the company is going to start  implementing new technology. Projects currently in effect are mobile ordering and self-order kiosks, which will provide customers with diffident ways to order. 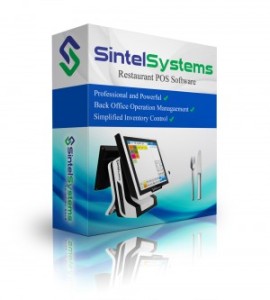 Sintel Systems is the only full-service provider of tailored Point of Sale systems across restaurant and service industries, including sushi restaurants, frozen yogurt shops, bars, and juice bars.
Sintel Systems is here to help your business grow. As a single source for business solutions, our experienced, knowledgeable team negotiates the complex POS landscape for you to enable you to find the right POS system for your business and budget. Hardware – Software – Support