After announcing the closure of all its locations in California, Nevada, and Arizona, Haggan Inc. said Monday various grocery store chains placed bids to purchase shuttering locations.
Haggen began struggling after buying 146 Albertsons, Vons, Pavilions, and Safeway grocery stores last December. Mass expansion resulted in a drop of sales, causing Haggen to apply for Chapter 11 bankruptcy.
Chapter 11 of the bankruptcy code allows corporations or partnerships to reorganize in order to stay alive.  The deptor suggests a proposal to seek relief and pay creditors in the long run.
Both Gelson’s and Smart & Final placed bids for closing Haggen locations, subject to approval in bankruptcy court.
Gelson’s is a high-end grocery and produce store spanning over Southern California with 18 locations. The Encino based supermarket has signed a purchase agreement to obtain eight stores in California
Smart & Final, based in the City of Commerce, operates 270 grocery stores. It plans to convert 28 Haggen locations into Smart & Final Extra!, which are bigger than the chains regular locations. The $56 million offer would include both stores in California and Nevada.
Gelson’s placed bids on:

Smart & Final bid on locations in: 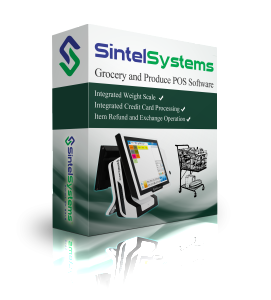 Sintel Systems is the only direct to user full service for grocery and produce POS. They also provide tailored point of sale systems across the retail industry including, candy shops, cigar shops, and gift shops.