EMV (Europe/MasterCard /Visa) enabled cards which was officially introduced in October of 2015 is the standard for inter-operation of integrated circuit cards (chip cards) for authenticating credit or debit card transactions.It is basically credit cards (currently used in Europe) that have chips in them that make it harder for fraudsters to replicate. (What is EMV?)
One of the concerns merchants accepting EMV cards have experienced is the increased transactions times as  customers are required to insert the chip-enabled cards in EMV

compliant readers and wait for approval which can make the process exceed 20 seconds. Many high-volume merchants including self serve frozen yogurt shops, by-the-slice pizza shops, and other QSR (fast food restaurants) have chosen to forgo the EMV credit and debit cards readers due to increase transactions times that naturally decrease volume. As transactions times and lines increase, total sales tend to decrease as customers facing long lines decide to skip the purchase. Many of us have walked into coffee shops like Starbucks and have been deterred by long lines and left. 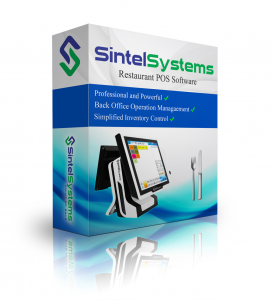 In a recent survey of more than 4,000 stores and two types of EMV machines conducted by JDA Software Group Inc., it was noted that 8 to 12 seconds are on average added to the due to the transaction process itself. This is in addition to the time it takes to process the transaction itself. In order to decrease the time, Wal-Mart has take actions including eliminating the prompt that seeks the customer’s confirmation on the amount of the transaction. According to Wal-Mart, they have been able to cut 11 seconds form EMV card transaction times.
Merchant dissatisfaction has reached Visa.  In a recent interview, Ellen Richey, Visa’s vice chairman of risk and public policy, said, “Overall, there was some merchant dissatisfaction with how long it was taking to process the transaction.”   Visa is now in the process of releasing software which it claims will cut up to 18 seconds off the transactions time.  The new technology will not require any new hardware, but may require card processors to implement or configure the point of sale (POS) or stand alone terminals.
Sintel Systems expressed optimism at the news of assisting clients decrease transactions time.  Executives at Sintel Systems added, “We had been educating our clients on the transaction time challenge before implementation of EMV to ensure they could weight the benefits versus potential losses. We are encouraged by efforts the industry is making in decreasing the transaction times.”  As a single source point of sale (POS) provider including the direct processing of merchant accounts, Sintel Systems works directly with clients to ensure an efficient POS process including  directly integrated and embedded merchant account processing.