Target will face a class-action suit after a United States judge approved several banks attempt to prosecute the retailer for its massive point of sale data breach in 2013.
The breach, which took place at the peak of the holiday season, jeopardized over 40 million credit cards. It went unnoticed for weeks including one of the busiest shopping day of the year, Black Friday.
Target is notoriously known for being one of the biggest point of sale attacks from a string of breaches that took place between 2013 and 2014.
Saint Paul, Minnesota U.S District Judge, Paul Magnuson, allowed respective banks to pursue claims collectively.
Banks seek to obtain compensation for fraudulent charges and credit/debit cards that required replacement after the attack.
By endorsing the class-action suit prosecutors received leeway for negotiations, which will likely result in a large settlement.
A head lawyer on the case, Charles Zimmerman, stated, ” This important ruling brings financial institutions one step closer to collectively holding Target accountable for its unprecedented data breach.”
Target is “disappointed” in the ruling but will begin considering actions to take after examining the ruling.
This comes just weeks after the chain of retail stores agreed to pay a settlement of up to $67 million to Visa card issuers. The deal was settled directly with Visa. Banks who sought restitution through the Visa deal will not be able to participate in this suit.
In May, a deal with MasterCard Inc for $19 million fell through since not enough banks accepted the arrangement.
Target has yet to make settlements with three other major payment networks who filed complaints.
In march the retailer agreed to pay $10 Million and up to $10,000 per customer after a class-action suit had been filed by consumers.
Home Depot, Michaels, Bebe, eBay, Staples, Dairy Queen, Neiman Marcus, SuperValu and Albertsons were also some of the companies who faced  similar point of sale attacks.
Retailers must remember that the ultimate responsibility of maintaining their POS systems safe rests with the business owner and they can held liable for any breaches. 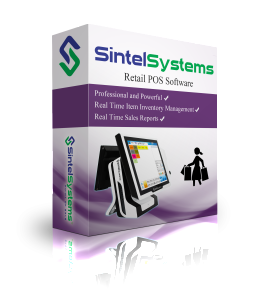 Sintel Systems is the only full-service provider of tailored Point of Sale systems across restaurant and service industries, including sushi restaurants, frozen yogurt shops, bars, and juice bars.
Sintel Systems is here to help your business grow. As a single source for business solutions, our experienced, knowledgeable team negotiates the complex POS landscape for you to enable you to find the right POS system for your business and budget.Hardware – Software – Support