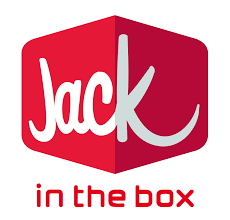 In 1951, a businessman named Robert O. Peterson opened the first Jack in the Box® restaurant in San Diego on the main east-west thoroughfare leading into city. Equipped with an intercom system and drive-thru window, the tiny restaurant served up hamburgers to passing motorists for just 18 cents, while a large jack-in-the-box clown kept watch from the roof. Along with his Jack in the Box restaurants, Mr. Peterson operated other restaurant concepts as well as a food-manufacturing facility as divisions of a parent company called San Diego Commissary Co. In 1960, San Diego Commissary changed its name to Food maker Co., and Jack in the Box expanded outside of California with the opening of its first restaurants in Phoenix, Ariz. Three years later, Jack in the Box expanded into Texas, where it opened restaurants in the Houston and Dallas-Ft. Worth areas.  Sintel Systems is the only direct and single-source point of sale provider to the restaurant industry with top grade hardware, franchise enterprise software, all inclusive technical support, global gift/loyalty network with mobile app, replacement warranty, and embedded merchant services. Sintel Systems is one of the best systems that block hackers from breaching into your POS system and the most reliable software with backup cloud options. As a single source for business solutions, our experienced, knowledgeable team negotiates the complex POS landscape for you to enable you to find the right POS system for your business and budget. Hardware – Software – Support